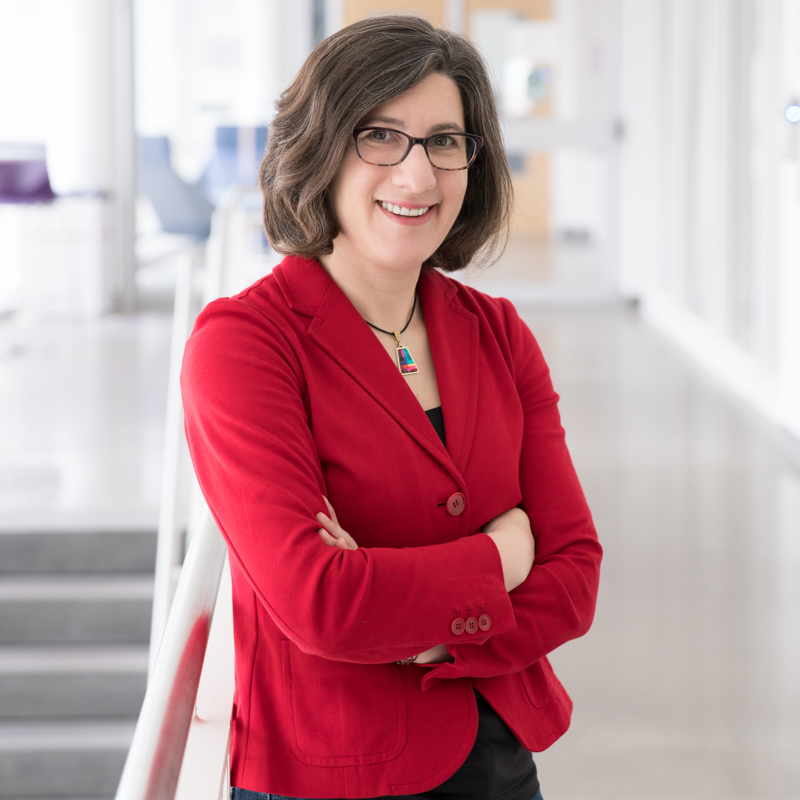 Lorrie Faith Cranor is the Director and Bosch Distinguished Professor in Security and Privacy Technologies of CyLab and the FORE Systems Professor of Computer Science and of Engineering and Public Policy at Carnegie Mellon University. She also directs the CyLab Usable Privacy and Security Laboratory (CUPS) and co-directs the MSIT-Privacy Engineering masters program. In 2016 she was on leave from CMU while serving as Chief Technologist at the US Federal Trade Commission, working in the office of Chairwoman Ramirez. She is also a co-founder of Wombat Security Technologies, Inc, a security awareness training company that was acquired by Proofpoint. She came to CMU in December 2003 after seven years at AT&T Labs-Research. While at AT&T she also taught in the Stern School of Business at New York University.

Dr. Cranor is a leading researcher in both online privacy and usable privacy and security, and has co-authored over 200 research papers in these areas. She has played a key role in building the usable privacy and security research community, having co-edited the seminal book Security and Usability (O'Reilly 2005), and founded the Symposium On Usable Privacy and Security (SOUPS). She also cofounded the Conference on Privacy Engineering Practice and Respect (PEPR). She has testified about privacy issues at a Congressional hearing and at workshops held by the U.S. Federal Trade Commission and Federal Communications Commission. She chaired the Platform for Privacy Preferences Project (P3P) Specification Working Group at the World Wide Web Consortium and authored the book Web Privacy with P3P (O'Reilly 2002).

In 2003 Dr. Cranor was named one of the top 100 innovators 35 or younger by Technology Review magazine. In 2014 she was named an ACM Fellow for her contributions to usable privacy and security research and education, and in 2016 she was named an IEEE Fellow for her contributions to privacy engineering. In 2017 she was elected to the ACM CHI Academy. She is a recipient of the 2018 ACM CHI Social Impact Award and the 2018 IAPP Privacy Leadership Award. She has also received an Alumni Achievement Award from the McKelvey School of Engineering at Washington University in St. Louis and (with colleagues) the 2018 IEEE Cybersecurity Award for Practice. Dr. Cranor was appointed a Privacy by Design (PbD) Ambassador by the Privacy Commissioner of Ontario, Canada.

Dr. Cranor is frequently quoted in the press, and has appeared on the Today Show, CBS Sunday Morning, CNN Financial News, NPR Morning Edition, NPR Science Friday, and NPR All Things Considered. Her TED talk on passwords has been viewed over 1.5 million times and was featured entertainment on Delta Airlines.

Dr. Cranor serves on a number of boards and working groups, including the Computing Research Association Board of Directors, the Aspen Institute Cybersecurity Group, and The Future of Privacy Forum Advisory Board. She is a member of the IAPP Certified Information Privacy Technolgist Exam Development Board and the IAPP Privacy Engineering Section Advisory Board. She previously served on the Electronic Frontier Foundation Board of Directors. She is also a commissioned Kentucky Colonel and a member of USACM. In 2000 she served on the Federal Trade Commission Advisory Committee on Online Access and Security. She has also served on the editorial boards of several journals.

Dr. Cranor has consulted for companies and non-profits on privacy policies, P3P, usable privacy and security, and technology policy. She has served as an expert witness in patent litigation, privacy cases, and in cases challenging the constitutionality of Internet harmful-to-minors laws, including the ACLU's successful challenge to the 1998 Children's Online Protection Act.

Dr. Cranor has been a vocal advocate for diversity, equity, and inclusion. She has successfully advocated for expanded childcare options and family-friendly policies at Carnegie Mellon University, and played an active role on university committees on inclusion, diversity, and well-being. She is a mentor to a diverse set of students and junior faculty.

Dr. Cranor spends most of her free time with her husband, Chuck, her son, Shane, and her daughters, Maya and Nina. She plays the C flute and bass flute in local flute choirs and in her family band, Unanticipated Fun. She has served as a Pittsburgh Dynamo Youth Soccer commissioner, and founded Dynamoms, an educational soccer program for women over 30 with little or no experience playing soccer. Since 2004 she has served as an Allegheny County, PA elections poll worker. She has also served as president of the Parent Teacher Organization at her kids' school.

Dr. Cranor practices yoga and is an avid photographer and quilter. She spent the 2012-2013 academic year on sabbatical as a fellow in the Frank-Ratchye STUDIO for Creative Inquiry at Carnegie Mellon University where she worked on fiber arts projects that combined her interests in privacy and security, quilting, computers, and technology. She has won awards in local and national quilt competitions, and several of her quilts have been featured on the covers of books and journals. She had a solo exhibit of her quilts at the Pittsburgh Children's Museum and one of her quilts was featured in Science magazine.